I have to start this blogpost by stating how much I am not looking forward to Saturday’s fixture from a Rangers perspective. The Super Hoops’ season has for the most part proved to be a series of defensive shambles that leaves us without a win in the league. Watching the way we’ve played for considerable spells in most games has left me wondering why this is the case. Although many joked before the season started that we’ve assembled a ridiculously large squad that should be challenging for the 2005/06 Premier League title I thought the squad would kick on from last season and the mix of experience we have (Cisse/Zamora/Park/Nelson) would blend well with the younger quality in the squad (Faurlin/Diakite/Granero/Hoilett and the unpredictable Taarabt). 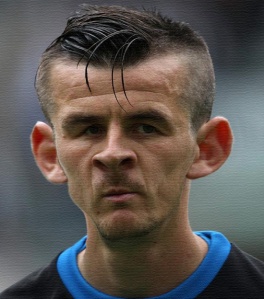 On the defensive point; last season we were relying on the likes of Clint Hill as a makeshift centre back and Luke Young and while their efforts can’t be denied, and there were some stunning performances, this isn’t something that you can continue to get away with in the Premiership. Unfortunately, we haven’t really improved in this area. The main signings have been Ryan Nelson (good squad member/mentor but not good enough) and M’bia, who has shown some talent but still needs time to get used to the Premier League. This goes some way to explaining why we shipped 5 at home against Swansea on the opening day of the season and couldn’t hold leads against Reading in the League Cup and Everton at the weekend – all games we should have won.

And so we find ourselves propping up the league table coming in against an Arsenal team that before this week have, in my opinion, shown some good signs of moving on from the RVP saga, although I can’t help but feel that the loss of Song got swept under the carpet in this whole episode. Having said that I’ve always had a massive respect for Arsenal and Wenger, even before my first of many visits to Highbury courtesy of Nick Cooke; a 4-0 Gunners win over Charlton in 2004 when Henry scored with an outrageous back heel. My fondness of Arsenal also probably comes from getting annoyed that seemingly everyone at my primary school seemed to support Spurs…

So what’s in store for this weekend’s fixture? After the disappointment of Norwich and the lacklustre performance against Schalke I can’t see Wenger accepting anything less than a full-blown, fully-committed performance based on the intricate, attacking football that Arsenal are famed for. I can only imagine that Arsenal will be buoyed by the fact that after the past week, they come up against a QPR team that has already shipped 17 goals in 8 games (the 2nd worst record in the league). I am expecting a very similar line-up to the one that set out mid-week, with Wilshere to come in if he is fit, though I’m sure you’ll know better than I do. In any case, if I were an Arsenal fan I would probably fancy my chances of getting back to winning ways this weekend.

As for QPR this may have been a fixture that last season would have counted as a “freebie”. If we lost to Arsenal at the Emirates nobody would be ringing any alarm bells, with a draw or better seen as a huge bonus. But the situation is different now. The pressure has been piling on to Mark Hughes – the latest Comedian-in-Chief at Loftus Road. Hughes was ill-advised to suggest over the summer that QPR would never again under his leadership be in the positions we were in last season and so I honestly believe that this is a game we need to get points in. Tony Fernandes, our Malaysian owner, will also be hoping for a victory against a club he sees as the mould for where QPR could be in the not too distant future!

So how do I think Mark Hughes will line-up tomorrow? Our line-up has changed so frequently that Hughes seems to have taken on the role of tinker in the league so this is a hard one to predict. But given the nature of the opposition I would expect Hughes to play with the preferred 4-5-1. The major changes form the Everton game will be Faurlin to come in to the starting XI – probably for Taraabt – and I fancy Cisse to start ahead of Zamora. This will leave a central midfield triangle of Diakite-Faurlin-Granero, which has real quality in there with Hoilett and Park bridging the gap with Cisse. When those three in the middle get on the ball and play around, QPR produce their best performances so I’m really hoping Hughes goes with them.

There is a potential that Arsenal old-boy Armand Traore could be injured so Onouha should start if that is the case. That leaves the only question of who out of M’Bia, Anton, Nelsen would form the centre back pairing? Ferdinand was left on the bench following his return from injury last weekend and I personally hope he stays there. He always seems to play better under the relative security of Loftus Road with the home fans backing him and always seems lethargic on the road.

With QPR’s 15 odd years of exile from the Premier League there aren’t many fixtures to go from in recent times. Both teams won their respective home games last year and though Arsenal fans may have forgotten that game in a hurry, it had a massive impact for Rangers. Not only was it part of our incredible run in to secure safety in the league, but many see that game as the day Taarabt finally arrived in the Premier League. He will still amaze and frustrate in equal measure but if the match is close with 20/30 minutes left, expect the Rangers fans to be chanting his name.

I think most people will fancy an Arsenal win tomorrow and although both teams have made a habit of going behind in matches, QPR have yet to recover to win. I think the game will be a lot closer than some might be predicting with 2-1 Arsenal or 1-1 both likely results.

Incidentally, I’ve not been to the Emirates Stadium yet but I remember the pies at Highbury being worth every penny.